“The English are kind of weird when it comes to the way things taste, Mom. They aren’t like us. It might be the climate. They go for things we would never dream of. Sometimes it is enough to turn your stomach, boy. The other day I had had one of these things they call ‘wine jellies.’ That’s their idea of candy, Mom! Figure out a way to feed some to that Hitler ‘n’ I betcha the war’d be over tomorrow!” Now once again he finds himself checking out these ruddy gelatin objects, nodding, he hopes amiably, at Mrs. Quoad. They have the names of different wines written on them in bas-relief.

“Just a touch of menthol too,” Mrs. Quoad popping one into her mouth. “Delicious.”

Slothrop finally chooses one that says Lafitte Rothschild and stuffs it on into his kisser. “Oh yeah. Yeah. Mmm. It’s great.”

“If you really want something peculiar try the Bernkastler Doktor. Oh! Aren’t you the one who brought me those lovely American slimy elm things, maple-tasting with a touch of sassafras—”

Darlene comes in with a steaming pot and three cups on a tray. “What’s that?” Slothrop a little quickly, here.

“Quite right,” after the first sip, wishing she’d used more lime juice or something to kill the basic taste, which is ghastly-bitter. These people are really insane. No sugar, natch. He reaches in the candy bowl, comes up with a black, ribbed licorice drop. It looks safe. But just as he’s biting in, Darlene gives him, and it, a peculiar look, great timing this girl, sez, “Oh, I thought we got rid of all those—” a blithe, Gilbert & Sullivan ingenue’s thewse—“years ago,” at which point Slothrop is encountering this dribbling liquid center, which tastes like mayonnaise and orange peels.

“You’ve taken the last of my Marmalade Surprises!” cries Mrs. Quoad, having now with conjuror’s speed produced an egg-shaped confection of pastel green, studded all over with lavender nonpareils. “Just for that I shan’t let you have any of these marvelous rhubarb creams.” Into her mouth it goes, the whole thing. 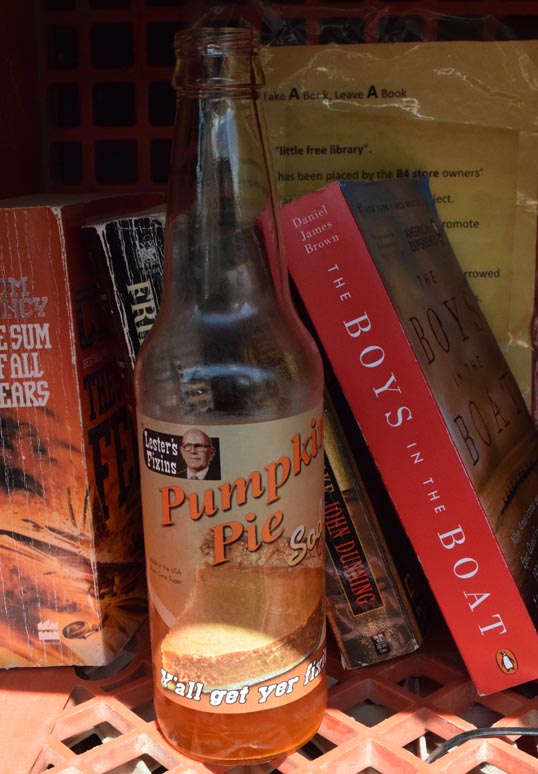 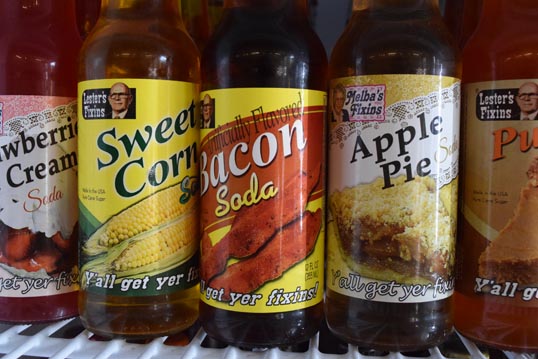 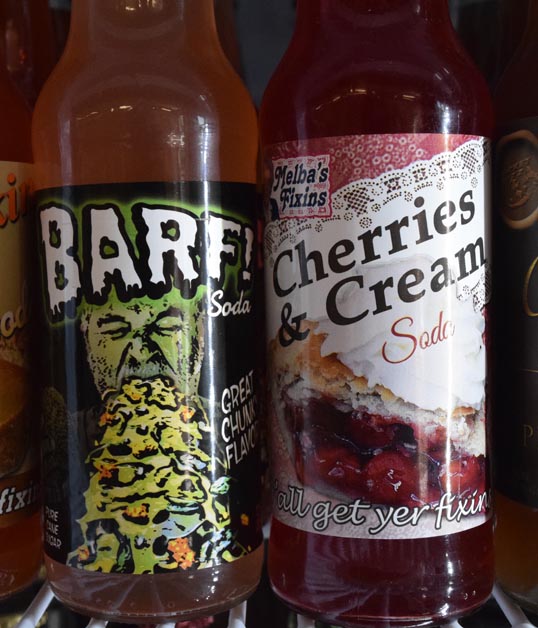