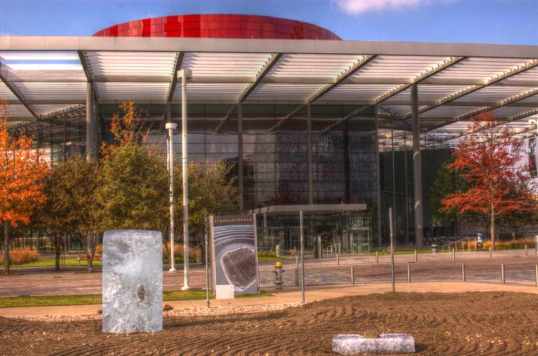 For the Best U.S. Architecture Per Square Mile, Head to Dallas

10 Modern Takes on the Commuter Bag

Saving You From Beer

This Crazy ‘Simpsons’ Theory Actually Makes A Lot Of Sense

My opinion is that the events in the Simpsons aren’t really happening at all – that it is only a series of still drawings shown fast enough to convey the illusion of motion. That’s my crazy idea, anyway.

Dissecting the finale of Minority Report

“Look at how peaceful they all seem. But on the inside, busy busy busy. It’s actually kind of a rush. They say you have visions. That your life flashes before your eyes. That all your dreams come true”.

In the late 1960s, nearly 50 percent of American children walked to and from school each day. In this short film produced by City Walk, experts discuss the decline of a once-common activity—and why it would still benefit children today. “Kids need to walk to school so they learn about active transportation,” says University of Utah professor Elizabeth Joy. “When you have to go two, three, or four blocks, that doesn’t mean you get in the car. You can actually walk.”

“Only in art will the lion lie down with the lamb, and the rose grow without thorn.”
― Martin Amis