“No sensible man ever engages, unprepared, in a fencing match of words with a woman.”
― Wilkie Collins, The Woman in White 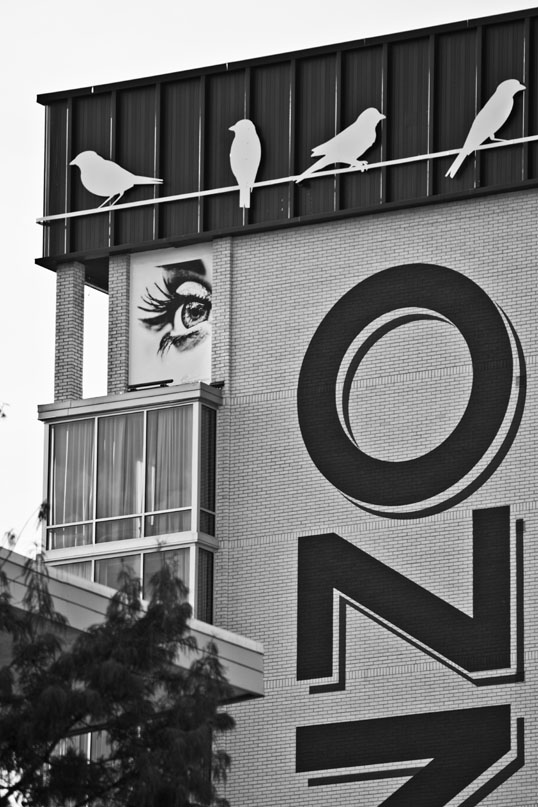 Here’s another one for today (#68) More than two thirds there! What do you think? Any comments, criticism, insults, ideas, prompts, abuse … anything is welcome. Feel free to comment or contact me.

I finally kicked down the neighbors’ door to find they had moved out. All that was left was a recording of them arguing. At full volume. I saw the eight track player. My father showed me one of those once and explained the tape inside was a loop. It would never stop. I stood there, gobsmacked.

The sound system was sitting on the threadbare shag carpet. There was absolutely nothing else in the apartment.  I turned the volume knob down and hit the blue led-lit power switch. It turned to red. I spun around and headed home. I had splintered the door jamb, so the door wouldn’t latch. In the hallway I paused, returned, and pulled the eight track cartridge.

“That was quick,” Jane said as I walked back in, “what the hell is that in your hand.” I set the tape down on the coffee table and she handed me my beer. It was still cold. Jane picked the eight track up and started to stare at it.

“No, that’s impossible. We’ve been listening to them both scream at each other all day.”

“It wasn’t them, It was that,” I gestured at the tape.

I had to go into work early the next day and open up. Mr. Billet, the owner, called me and asked how business was.

He sounded depressed. Nobody rents movies anymore, I don’t know how long he will stay in business. I don’t know how he’s stayed open this long – he must have money from his parents, I know he lives with his mom. She’s really old. I called Jane in the afternoon at work. She runs the counter from noon to six at Simon’s Pawn down on Forester street.

“Hey, Jane, do you have any eight track players in the pawn shop?”

“Hell no. Nobody’s seen one of those this century. Why?”

“I want to listen to the tape. I want to hear what they are arguing about.”

“Well, good luck with that.” Jane said this in that tone of voice that I hate so much, that “Why do I bother with this loser” tone. It made me mad enough to slam the phone down.

That little bit of mad stayed in my head all day. It stayed enough that I couldn’t sleep. Well after midnight I laid there, staring at the ceiling, thinking about everything that had happened, that I was afraid was going to happen, when , in between Jane’s sawing snores, I heard it.

Crying, mostly. A long, slow, quiet weeping that would build over a few minutes then build quickly into a few seconds of loud wailing, then it would die down to silence. If I listened carefully, I could hear a few minutes of quiet mumbling, barely audible, and an evil muttering laugh. Then the crying would start again.

“Jane, wake up,” I shook her shoulder.

The super had nailed a strip of wood over the broken jamb and locked the door. A shoulder and the thing sprung open. There it was again – the big blue light, and another tape stuck in the player. I hit the button, pulled the tape and went home.

I put the tape cassette on the coffee table next the the first one. I turned on the lamp by the couch and looked them both over. They were different colors, the arguing tape was red and the crying one a faded blue. They looked crude, homemade, with no labels. The only markings were handwritten numbers – 4 on the first, 7 on the second.

When I came in to work the next day, Mr. Billet was leaned over a big book he carried, full of lines and tables of numbers. He looked really depressed.

“Mr. Billet,” I said, “Do you have an eight track player I could borrow? Maybe a portable one?” I knew he and his mom had all sorts of old crap around their place, he had been asking me about eBay the last week, wondering if he could sell some stuff to help make ends meet.”

“Oh, I found these old tapes and I wanted to listen to them… By the way, could you record on the things?”

“Oh, most people only played them. Mostly in their cars. But I remember a few units, some of the very first ones, had recording capability. Not very popular… but it was there.”

He brought in this huge, nasty-looking boombox thing after lunch and I lugged it out to my car. At home I set it up on the coffee table and when she saw it, Jane didn’t like it. Not at all.

“Get that ugly-ass damn thing out of here!” she yelled. “Right now!”

“But I want to listen to the tapes.”

“What the hell for? Our crazy neighbors tape themselves arguing and play it all night long to drive us crazy and what the hell do I care! Don’t encourage them!”

She was furious. I was too. I started to scream back.

“All I want to do is to listen to something and you won’t even give me that much satisfaction! I am sick of this crap!…..”

On and on it went. Man, that woman had some lungs. And one hell of a memory. Things I had done years ago, when we had first met… she threw it out at me like it had happened yesterday. We built higher and higher until we weren’t even sure what we were screaming about any more, we just screamed.

She grabbed the tapes and hurled them at the wall, I stuck a paw out and deflected one onto the couch, where it bounced harmlessly. The other smashed and and splinters of blue plastic flew out in an explosion of fragments. I looked and saw a tangled mass of brown tape sliding down the wall.

Jane reached for the giant boom box but before she could smash it I gave her a push. She stumbled back and went down over the corner of the coffee table. I was scared she was hurt, but she popped right back up and stormed out without saying a word.

So that was that. I felt like my guts had been pulled out through my mouth. I sat for a long time, staring at the open front door, watching the hall as the light faded. Finally, I stood, closed the door, and turned to the one good tape and the boom box.

I had heard it before, of course, but muffled by the thin apartment walls. When it was played next door I could hear arguing, but not the individual words – not even the individual voices.

At first, the arguing couple on the tape wasn’t speaking English. It was some guttural language, maybe Eastern European. Of course, I had no idea what they were talking about, but they were sure going at it. After about five minutes of this, of escalating anger, there was a slamming door, and then the tape went silent for a few seconds. I thought I could hear some humming, but that was about it.

Then another argument started. This one was in English, but it wasn’t from around here. It was English English, or maybe Australian, I don’t know. It was another couple and they were arguing about money. He didn’t make enough, she spent too much, it was tearing them apart. They had the most foul speech I had ever heard. It was so weird to hear such awful language coming out in that delicate British accent, it made me chuckle a bit. Then, he accused her of seeing somebody else, she didn’t exactly deny it, there was another door slam, and that was that.

The next argument was in Japanese. Or maybe Chinese, or Korean, I don’t know. This was getting boring. Instead of getting louder like the other two, this couple mostly just kept yelling faster and faster. I was caught off guard when the door slammed and the tape went silent.

“Well, this is a bunch of shit,” I said to myself as I reached out to turn the tape off. Right when my finger touched the button. A voice came screaming out. It was the next argument. This voice I recognized.

“Get that ugly-ass damn thing out of here!” she yelled. “Right now!”

It was Jane. It was the argument we had just had two hours before. Then out came a voice saying the same words I had spouted.

I fell back stunned while Jane and I hammered at each other on the tape. It sounded revolting, both of us, recorded there for everyone to hear.

Then, the door slam. The hum. I couldn’t move. A couple started fighting in Spanish.

What the helll! This was impossible. How could the tape possibly have a fight on it that hadn’t happened yet?

I pulled the tape out but forgot to turn the player off first. The tape caught and the box suddenly started spitting out a big tangled mess. I couldn’t stop it. I dropped the whole thing on the floor and stared at the useless box of plastic and the mound of snarled tape.

What had I just heard? I must have imagined it. It must be my upset state.

Shaken to the core, I stumbled into bed. I fell asleep but woke up from a horrible nightmare. I couldn’t remember what it was but I was drenched in sweat. I lay there tossing until I caught myself moaning and then I started to cry. As I tasted the salt of my tears I suddenly started awake. I sat up and thought of the blue tape, the one Jane had thrown against the wall. It was a tape of someone upset – moaning and crying. Who was it? Was it me? Who was laughing on the tape?