I have always been facinated with the Mandelbrot set and fractal math in general – this is a particularly good example.

The ‘Untranslatable’ Emotions You Never Knew You Had

From gigil to wabi-sabi and tarab, there are many foreign emotion words with no English equivalent. Learning to identify and cultivate these experiences could give you a richer and more successful life.

Some of these are fascinating

The ‘Untranslatable’ Emotions You Never Knew You Had

I have always loved these things – and never knew why they were called that. Apparently, during the depression people made sandwiches with bread, butter, and pickles. And it seems to have been delicious.

Read about it here:

The history and mystery of America’s long-lost pickle sandwich 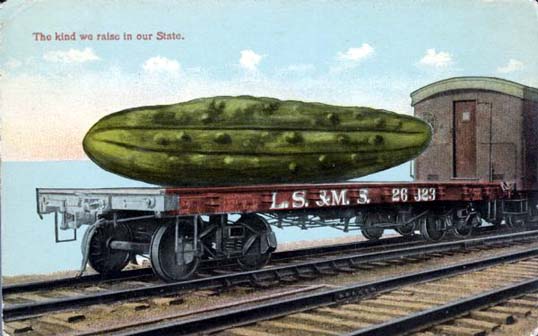 The History of Popcorn

I always thought that popcorn was a modern invention. I was wrong.

Long before boxes of Pop Secret lined grocery store shelves, corn began as a wild grass called teosinte in southwestern Mexico, according to research compiled by Mexico’s National Institute of Anthropology and History. Corn was probably cultivated as a domesticated crop around 9,000 years ago, but it wasn’t until 2012 that archaeologists unearthed the first evidence of popcorn in Peru: 6,700-year-old corn cobs studded with puffed kernels.

Early popcorn probably resembled parched corn, which is made by cooking dried kernels, often in a frying pan. (Because parched corn typically uses kernels with lower water content, curbing its ability to pop, it’s considered a predecessor of CornNuts.) “Parched corn is much crunchier,” Frank says. “We know that in the early Southwest, there was popcorn—it just wasn’t a Jiffy Pop that you’d put in your microwave.”

The fluffy popcorn we know and love today is, in part, the result of thousands of years of careful cultivation of a few different strains of corn by those early tribes.

The History of Popcorn: How One Grain Became a Staple Snack

Corn in a Cup

The story of Hunter S. Thompson and Ralph Steadman covering the Kentucky derby.

Decadence and Depravity in Louisville, Kentucky