The oven was thick with grot and whenever you opened it to get your food, it would flood the room with smoke. I’d long ago taken the battery out of the fire alarm to stop that fucker going off whenever I made anything. And then it was back up to my room, to my games. 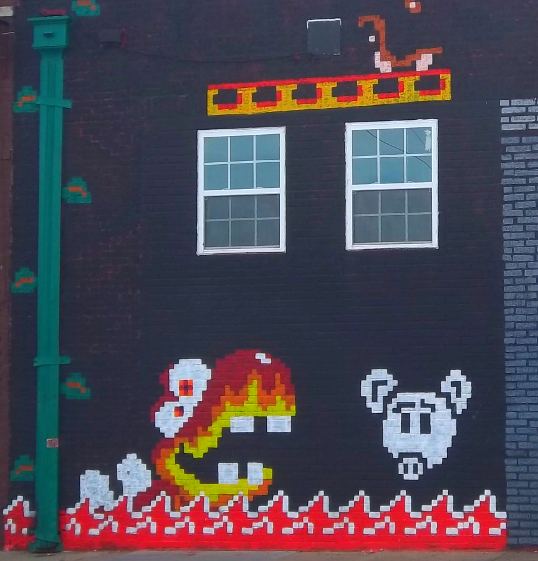 In the last thirty-odd years I’ve only had two jobs. I only remember once going on an interview and not being offered a job (it turned out they were interviewing me simply to gain information on the company I was working for). But, then again, I never spent that much time shut in playing video games. Of course, Pong showed up my freshman year of college and it cost a quarter and a quarter was a lot of money then. I remember you could get a pint of milk from the dorm vending machine machine for a quarter – I remember that because it was faulty and thought nickles were quarters – for a nickle you’d get a milk and a dime back (which you could take to the front desk and get two nickles for two more milks and two dimes… in theory you could be rich, especially if you could find someone to buy all that milk)… but I digress. I guess my point it that it was tough to get addicted to video games if all you could do was play Pong for a quarter. Pong was fun and in 1974 it was pretty amazing – but it wasn’t exactly addicting.

By the time video games became addicting I was grown and old and had kids and my memory was fading and my fast-twitch abilities were shot. I guess I was lucky.

When I was young people played Poker, Monopoly, or Chess. I did play a lot of chess, but I would get a headache if I played too much – it was never what I’d think of as fun – it was too serious. As I became more than a fairly good chess player I had to quit because it was stressing me too much. I never had enough money to play poker. And Monopoly – well, you couldn’t get addicted to that – that’s like getting addicted to watching paint dry.

The guy in the story has a video game problem. Or maybe it’s something else and the video gaming just falls into the hole.

It’s surprisingly affecting – I really feel sorry for the guy and wish him well. Probably more than I would if I knew him in real life. And I guess that’s a sign of a good story – if you care more about the character than you would if he was actually a real person.