The other day I wrote about Dead Drops – places where people have put USB thumb drives out into the public for others to place and exchange data files. There was one in Exposition Park here in Dallas that I visited and took a look at the files within.

Really, if you don’t understand why this is an interesting (as opposed to good) idea, I don’t think I can explain it. But I found it fascinating.

Oh, one hint right off the bat… if you are interested in USB Dead Drops – get a simple USB extension cable. There are all these photos with folks shoving their laptops up to the wall – that seems crazy to me. Digging around my stuff at home – I found two cables that I already had. One of these will make life easier.

The next step, of course, was for me to put one out myself. I started thinking about a good location. I didn’t want to put it in a wall that belonged to someone or that was public property… that seems too much like vandalism. As I thought about it – I realized I wanted to place Dead Drops in more remote locations – places where people wouldn’t stumble across them, but where they could be reached easily. I also wanted to find a place where I could check it fairly regularly. When you look at the Dead Drop Database – so many of them are missing, broken, or vandalized (people are such assholes). I’ll try to keep mine repaired… as best as I can.

After thinking about it, I remember an old abandoned concrete bridge piling along the concrete hiking/biking trail that runs through the Spring Creek Nature Area. That would be perfect. Nobody could accuse me of vandalizing a huge hunk of ancient abandoned concrete in the middle of the woods. It is, however, right off the trail and would be easy to get to.

That complex of trails is only a few miles from my house and is my most common recreational cycling route – so I can keep tabs on the drop. The only downside is that those woods are popular with kids and they are the ones most likely to discover and destroy my drop – but that’s something I’ll have to risk.

The first step was to prepare the USB. I dug around and found a cheap, generic, 4 GB drive – a local electronics store sells these at a very low price.

With some pliers, I pried off the plastic case to minimize the size.

Innards of the USB drive.

Then I wrapped the electronics in Teflon tape – for insulation from the sealant I would use to set the thing.

Most people use fast-setting cement, but I thought I’d go with adhesive sealer – mostly because I had a tube around the house. I put a readme.txt and the deadrops.txt on the drive, along with a PDF of a story I wrote and a couple other little things. I packed the drive, the glue, and a chisel onto my bike and set off. 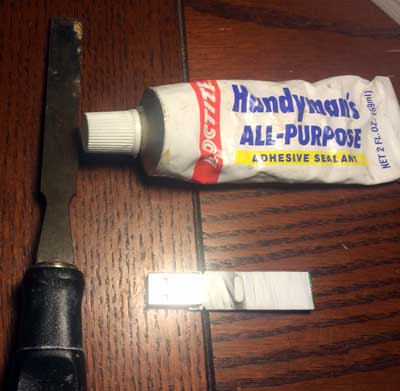 The place seemed to be as good as I had supposed. There was a hole in the concrete, I enlarged it a bit until most of the drive fit in. I glued it in with the adhesive, packing in some pebbles around for filler.

It only took a couple of minutes. Then I took three photos: 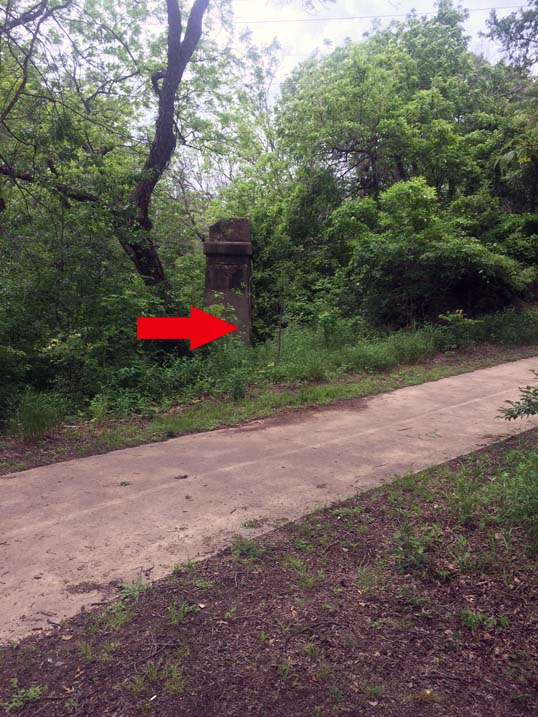 The concrete pillar off the trail where I put the Dead Drop USB.

A medium view of the USB Dead Drop off the trail. 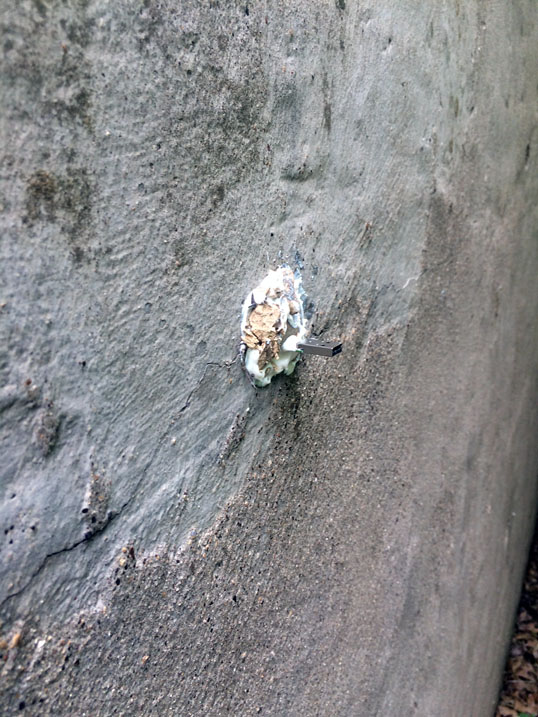 Close up view of the USB Dead Drop mounted in the concrete.

Spring Creek Nature Trail is a concrete bike/pedestrian trail in a beautiful bit of thick creekbottom woods south of Renner Road, just East of US75 in Richardson, Texas.

The USB is right off the Spring Creek Nature Trail. It is in the side of an old concrete railroad trestle just to the west of the DART train overhead – which is just west of Routh Creek Parkway between Glenville and Renner. If you are walking, you can park at Renner and US75 and follow the trail into the woods. When you reach the DART train overhead, turn and you can see the concrete trestle, right off the concrete trail. Walk down to it and the USB is glued to the North side, in the center.

Here’s the location on Google Maps.

Now I wait. It will be interesting if anyone visits the thing.