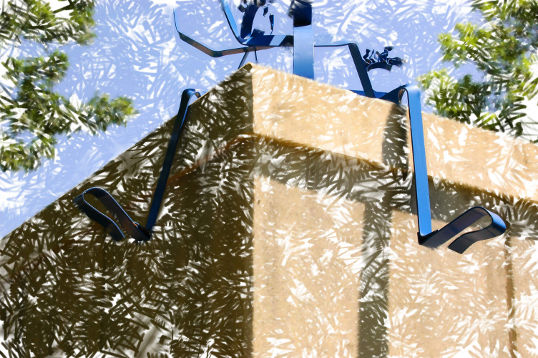 “Life was not to be sitting in hot amorphic leisure in my backyard idly writing or not-writing, as the spirit moved me. It was, instead, running madly, in a crowded schedule, in a squirrel cage of busy people. Working, living, dancing, dreaming, talking, kissing — singing, laughing, learning. The responsibility, the awful responsibility of managing (profitably) 12 hours a day for 10 weeks is rather overwhelming when there is nothing, noone, to insert an exact routine into the large unfenced acres of time — which it is so easy to let drift by in soporific idling and luxurious relaxing. It is like lifting a bell jar off a securely clockwork-like functioning community, and seeing all the little busy people stop, gasp, blow up and float in the inrush, (or rather outrush,) of the rarified scheduled atmosphere — poor little frightened people, flailing impotent arms in the aimless air. That’s what it feels like: getting shed of a routine. Even though one had rebelled terribly against it, even then, one feels uncomfortable when jounced out of the repetitive rut. And so with me. What to do? Where to turn? What ties, what roots? as I hang suspended in the strange thin air of back-home?”
― Sylvia Plath, The Unabridged Journals of Sylvia Plath

“Thirty years ago my older brother, who was ten years old at the time, was trying to get a report written on birds that he’d had three months to write, which was due the next day. We were out at our family cabin in Bolinas, and he was at the kitchen table close to tears, surrounded by binder paper and pencils and unopened books about birds, immobilized by the hugeness of the task ahead. Then my father sat down beside him put his arm around my brother’s shoulder, and said, “Bird by bird, buddy. Just take it bird by bird.”
― Anne Lamott, Bird by Bird: Some Instructions on Writing and Life