I felt like another food truck, so checking the schedules, I found that Ruthie’s Rolling Cafe was serving lunch down at a flea market at Southside on Lamar – so off I went.

Southside is an odd sort of place. It is a modern urban development constructed out of an old massive Sears Warehouse just south of Downtown Dallas. Like a lot of new developments here, it is teetering on the edge of a critical mass – people, money, entertainment, shopping. So far, so good. I’d like to live there if I could afford it.

I had seen Ruthie’s before, it was next to the SsahmBBQ truck down in the arts district when I had some Kimchee Fries. The Ruthie’s truck looked inviting, even though I chose the Korean BBQ tacos for the evening. I was glad to finally get to check the chow out. 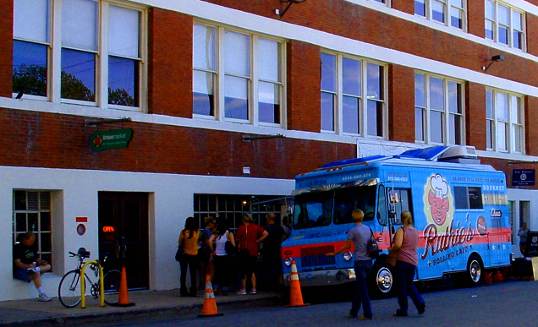 The truck was parked on the street right up against the red brick of the old warehouse. 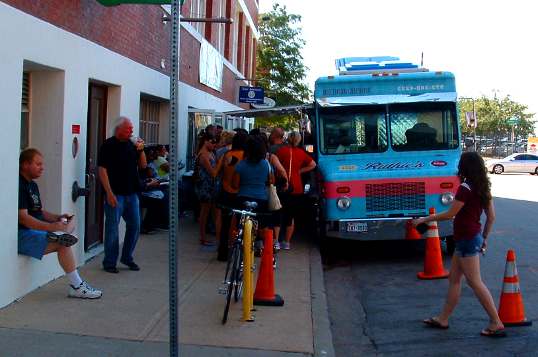 There was a big crowd waiting in line. A lot of folks were down there for the flea market and the truck was an irresistible draw. They were already running low on raw materials – no chicken, Turkey, or cheddar cheese.

To make things go quicker, the line passed down a pad and some markers, so you could fill out your choice while you waited. It all looked good. The Secret Slob Sauce looked irresistible – plus they were passing around a plastic ramekin of the stuff along with a bit of chips… so you could check it out. 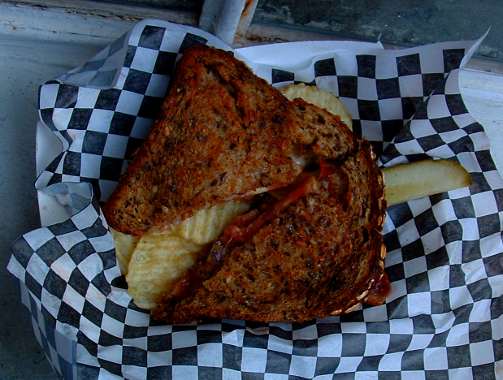 The wait went quickly, the sandwich was delicious. 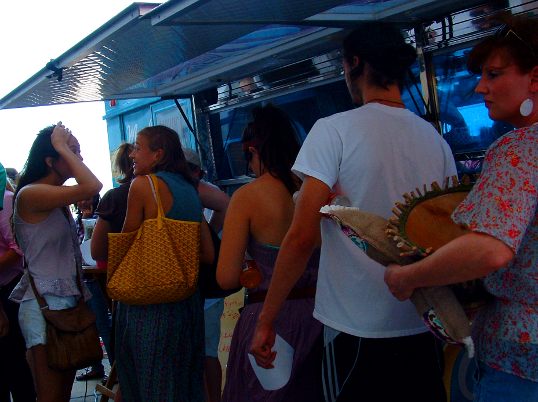 Folks waiting in line… some with flea market crap they had bought. Everybody was friendly and chatting. They were playing classic oldies rock – the young guy taking orders asked me if I liked Boston (“More than a Feeling” was blaring out of the speakers). He said he had seen Boston and Styx not too long ago and it was, “The best concert I had ever seen.” I told him I thought I’d seen Boston and Styx in nineteen seventy eight – more than thirty years ago. Now that I think about it… it was Styx with Rick Derringer, Steve Miller and Frampton that I actually saw.

Jesus, that was a long time ago. 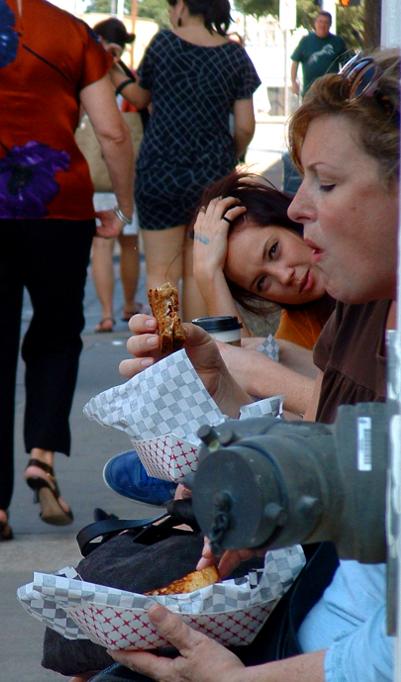 The big question with a food truck is where do you chomp down your grub? The Southside Building had recessed windows along the sidewalk where you could sit and scarf. All very fun.